After a considerable amount of time away from social media we've been focusing on live performance in order to be fully prepared for a busy upcoming schedule , weeks of practice have payed off as we now have managed to complete our 45 minute set which will be played at numerous venues around the midlands in the next few months or so.
Gigs kick start this Friday at Newhampton arts centre in Wolverhampton where we will be performing with four other live bands, the following night we are then straight back at it with a gig supporting great local band Two 'N' Eights both night are set to be full of great live music and a lively audience. Later dates have also been arranged such as the 5th of July we are at the O2 academy 3 in Birmingham and to finalise our latest gig line up we finish on the 19th headlining the sunflower lounge before we then begin work for summer festivals. If there is anyone who would like to come to any of the gigs be in touch!! Below is a picture to just give you a bit of an insight into the dramas that occur in practice... Hence the broken guitar!! 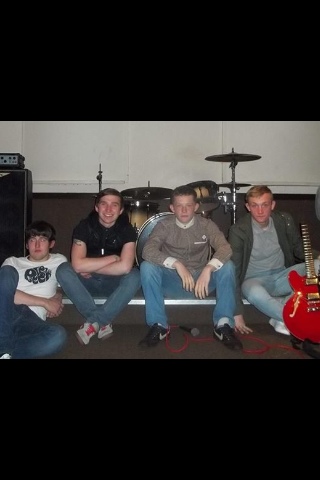